Brad Dear and The March

About Brad Dear and The March

Brad Dear is a 23-year old raw folk singer/songwriter from Nottingham.  Telling stories about life’s characters, losing yourself, finding yourself and running away, Brad blends his raw and husky vocals into sing-along choruses and foot-stomping anthems.

Cutting his teeth on the live scene when just a teenager, Brad toured across Europe as a solo acoustic artist, releasing a single and raising funds for the charity 'Rally for Heroes'.  Gaining airplay from BBC Radio One’s Huw Stephens along the way.

​Developing his sound, Brad hooked up with Jason Hart (Jake Bugg) to record the track Special Brew and soon after assembled an accomplished band of Lizzie Morris (fiddle/vocals), Chris Reed (drums/percussion) and Andy Hogg (bass).  Taking the music to the road and playing over 30 festivals to thousands of people (including appearances at Dot to Dot, Tramlines and Splendour), the band then hit the studio with Phil Wilbraham to put down the rest of the songs which feature on Brad’s debut E.P. ‘The Only Road I Know’ (set for release on 10th March 2017).

The five tracks of The Only Road I Know, Special Brew, Billy Brown, Far Away and I’m Still Here showcase an artist with traditional folk sensibilities, but a style firmly placed in the present.  Brad’s unique voice soars, with the warm tones of the fiddle and guitar, fitting perfectly with the deep grooves of the bass and punch of the drums.

Whilst still a breakout artist, Brad Dear has already made some astonishing achievements, alongside tours of the UK, Europe and radio play, Brad has played gigs and festivals alongside the likes of Jess Glynne, Twenty One Pilots, Will Varley, New Model Army and Beans on Toast (Brad also featured in Beans’ ‘Small Town Celebrations’ documentary). ​ ‘The Only Road I Know’ E.P. is available to pre-order now on CD and digital formats at www.braddearmusic.co.uk and is available on all major digital platforms, including iTunes, Amazon Music, Google Play, Spotify, Deezer and more. 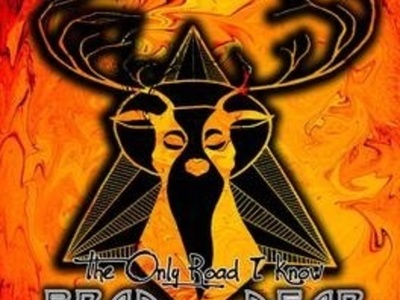