Stacey McMullen is a contemporary folk artist from Nottingham England.

Having only taken to public performance in 2016 Stacey started making waves on the Nottingham Music scene straight away, securing a record and publishing deal with well-known Nottingham Label I'm Not From London. He has gone on to have airplay on BBC introducing and has supported well known artists such as John Fairhurst, Scott Matthews, Thomas Truax and BBC folk award winner Bob Fox.

Stacey’s song-writing is uniquely crafted and covers subjects ranging from austerity to wars in the Middle East. Other songs simply speak to the heart aches and tribulations of life that we all experience whilst some are simple celebrations of life. Musically Stacey avoids the omnipresent strumming ‘sound’ of many singer-songwriters, utilising complex classical finger style guitar instead as well as flamenco, folk and Middle Eastern guitar techniques. Only by listening to Stacey can one experience the expansive range of genres he combines, from celtic inspired finger picking to incredibly technical flamenco strumming rhythms. This makes for a full sounded and engaging performance which is further complimented by his ability to talk and build rapport with his audience through humour and storytelling.

'Not only could you not take your ears away from his music, but you couldn’t take your eyes off of him'
- Left Lion

'Stacey is not only an accomplished and amazing guitarist with charismatic yet relaxed delivery, but an all-round diamond geezer, at home with a mix of styles and influences, he never fails to impress'
- The Maze

‘His music ranges from Blues to Rap, Metal to Flamenco and just about everything in between. Expect heartfelt political, romantic, and very real songs’
– NUSIC 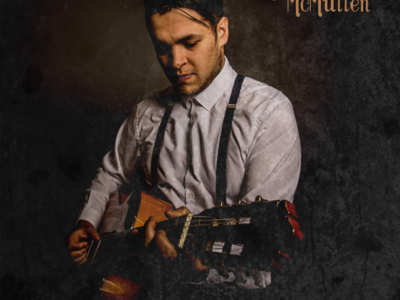