Unknown Era were formed in 2014 by a ragtag group of musicians, socialites and party heads, quickly building up a strong reputation as one of Nottingham’s most popular bands with their high energy mix of Soul, Ska, Reggae, Gypsy, Punk, Rock, Funk and Dub.

"Hiphop, Reggae, Gypsy soundcombo that has the audience dancing and jumping instantaneously"
- Leftlion

"They don’t just bring the Party, they are the Party"
- Derby Telegraph

The release of their self-titled EP led to a string of sold out gigs in Notts and beyond, playing with the likes of Goldie Looking Chain, Counting Coins, The Aggrolites, Millie Manders, The Beat, Neville Staples and many more. Unknown Era deliver messages of equality and love with a bit of mad stage dancing, audience interaction and all round good times.

"More of a movement than a band"
- INFL 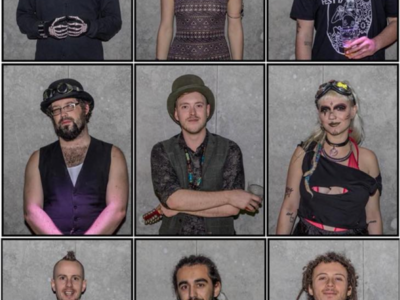