Highcroft are a 4-piece collective who (with the help of guests and friends), write, play, perform, record and produce their own blend of reggae, funk, soul and hip-hop.

They concentrated originally on live gigs, promoting their own shows, livening up parties and festivals and managing some more unusual performances including playing outdoors in Nottingham City Centre and playing the cyclists in at the end of the Tour of Britain.

They took a break from live playing last year to concentrate on building their sound and recording. The results can be heard on their album “Cartoon” released earlier this year. Now they are taking that sound and playing it out live – “We got the funk!" 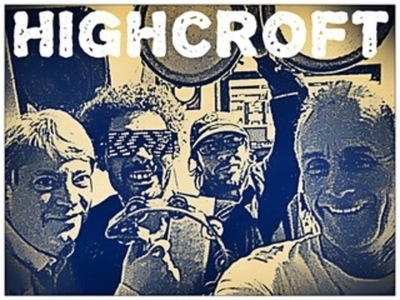