When you hear Becky Syson perform live you'll understand why she's been described as 'Sublime Folk Rock'... With countless blooms of first-rate songs and an infectious personality on stage it's no wonder that she's highly received by audiences and promoters alike.

‘Becky seems to radiate positivity and this comes through loud and clear in her music.’
- Paul Klotschkow, LeftLion Magazine

The Nottinghamshire born Singer-Songwriter self-released her debut album 'H.O.L.L.A.N.D' (Hope Our Love Lasts And Never Dies) in May 2008, and since then has performed at The Gate To Southwell Folk Festival, Summer Sundae Festival, Burnham-on-sea FolkFest, The Riverside Festival, 'Live in the Lounge' for BBC Radio Nottingham at the Royal Concert Hall, and has supported the likes of Phil Campbell, Martha Tilston, Lucy Ward, Lotte Mullan, Amy Studt, Brian Houston, and Bram Taylor.

In the autumn of 2009 Becky went on to release a four track EP, 'Weave Your Dreams' with Arboretum Records and then set sail for New Zealand in the Spring of 2010, touring the island of the long white cloud and performing at Auckland Folk Festival, Christchurch Folk Club and the infamous Mussel Inn of Onekaka. 'Weave Your Dreams' is every music lovers must-have CD.

'The Dulcet tones on this lullaby leave the listener in a state of rapture.'
- Keith Ames, The Musician Magazine

Becky is now back on UK soil and gracing the Gig circuit again, drawing upon her recent experiences of Motherhood, earthquakes and Kiwi lifestyle, she has many more new songs and stories to share and captivate you with all over again. 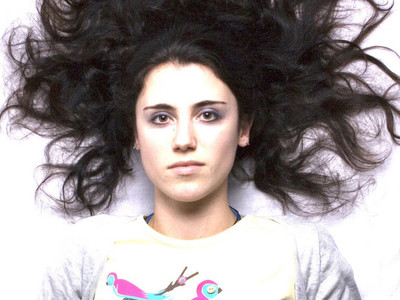